AquaCity pride over its ‘own Three Lions’ Jesse, Marcus and Danny

A leading Slovak hotel has sent its support to three of its ‘old friends’ in the 2018 FIFA World Cup England squad.

Jesse Ellis Lingard, an attacking midfielder for Manchester United and the English national team, learned a trick or two at the AquaCity-Poprad national training centre along with colleagues Marcus Rashford and Danny Welbeck.

Jesse, aged 25, from Warrington, attended the Slovak centre and honed his ability to be right where he needs to be … and in Volgograd it paid off as he made mischievous runs-in waiting for a pass.

But it was down to England forward Marcus, aged 20, from Wythenshawe, Manchester,  to speak confidently after England’s 2-1 win over Tunisia earlier in the week – he predicted they could win again when they face Panama on Sunday. 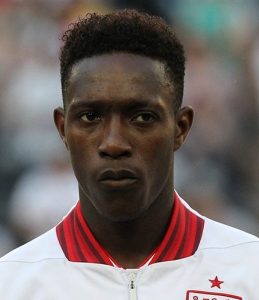 Dr Jan Telensky, majority share holder of AquaCity, who features in a short tribute video to players, said: “I had no idea they were going to feature my face in the video – but it makes the point that we are so proud our training facilities which produces world-class players. Good luck to Jesse, Marcus and Danny and the entire English squad.”

Danny, aged 27, plays for Arsenal and the English national team. He was transferred to Arsenal in September 2014 for a £16 million fee.